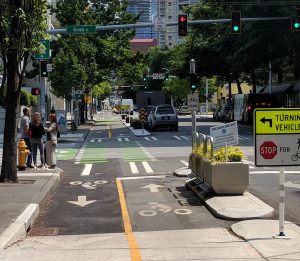 The two-way bike lane along Second Avenue, the stretch between Pike Street and Denny Way, was completed late this winter. We can see bits of the new path from our window, and it saves us a lot of trouble getting back home from downtown. Here’s a view southward from near the northern terminus.

We were away on vacation when the work was finished, but there wasn’t a celebration to miss anyway:  the City, embarrassed by the cost of this section, didn’t make a fuss. There were big changes to the pavement itself, plus new signalization at several intersections that previously had only stop signs.

These pedestrians are shown at the crossing with Broad Street, which is planned to become a tourist-friendly link from the Space Needle down to the waterfront parks. At present it’s a bicycle trap with fissures big enough to swallow a 28mm tire.

Below is a view from near Blanchard, looking back in the opposite direction along Second.

It’s hard to tell much about the bike lane from this photo — the path is hidden on the other side of that row of parked cars on the far side of the street. But just beyond the nearest intersection you can see the planters that separate the bike lane from a left-turn lane for cars, right in front of the green sign of the famous Crocodile Cafe.

I’ve chosen this view because I happen to have another from about the same spot, taken 34 years earlier.  In this older picture the Crocodile is still the Athens (it was sometimes called Nick’s, or the Acropolis).  Toward the far corner of the same block one encounters the Hawaii West Tavern, where I broke up a fight on the sidewalk one night, then the Rama House, where I first learned to eat Thai food, and then the famous Mama’s Mexican Kitchen, still open now, under new management, though threatened by redevelopment. 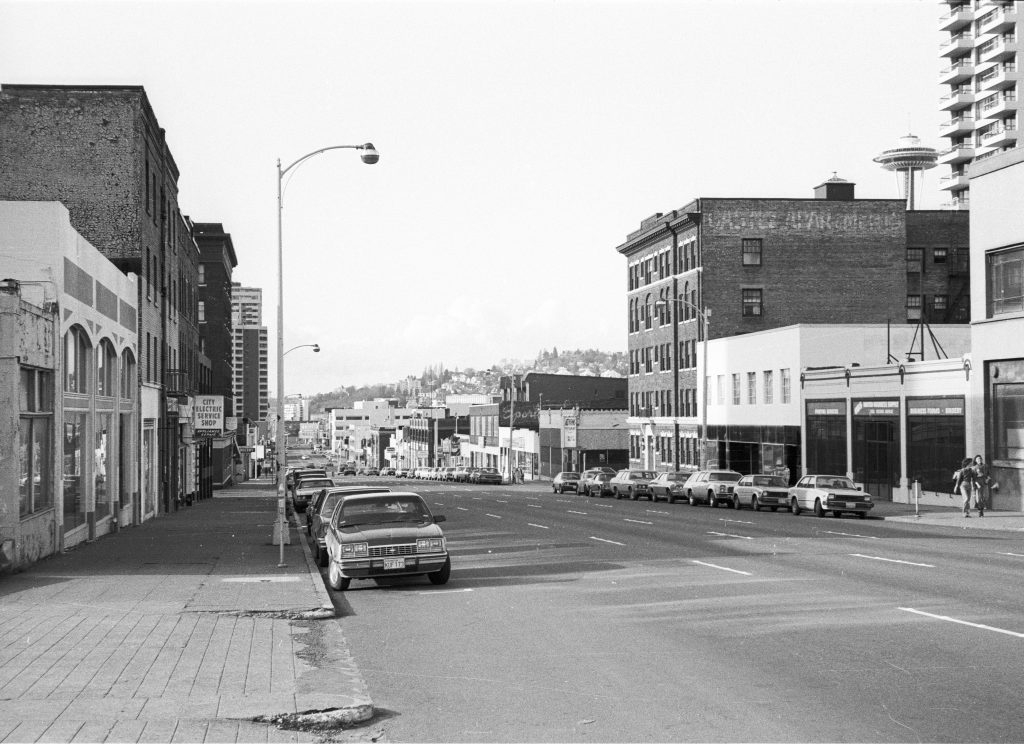 In August of 1984 I stood at the window of Mama’s with a waitress called Blythe and watched what was surely the last parade of circus animals in Seattle.

I have pictures of this area because, through most of the 80s, I lived a block further north in the Lexington Apartments, the closer of the two doorways in the brick building shown below.  The Lexington and Concord had been built in 1923, with single working people in mind.  My room had a genuine Murphy Bed, and there was an actual ice box too, that is, besides the plug-in refrigerator, there was a built-in cabinet with a slotted bottom.  The buildings, by the way, are now owned by the YMCA and used for low-income housing, but were designed by a prominent local architect and, according to a survey by the City of Seattle, meet the criteria of the city’s Landmarks Preservation Ordinance, and those of the National Register of Historic Places 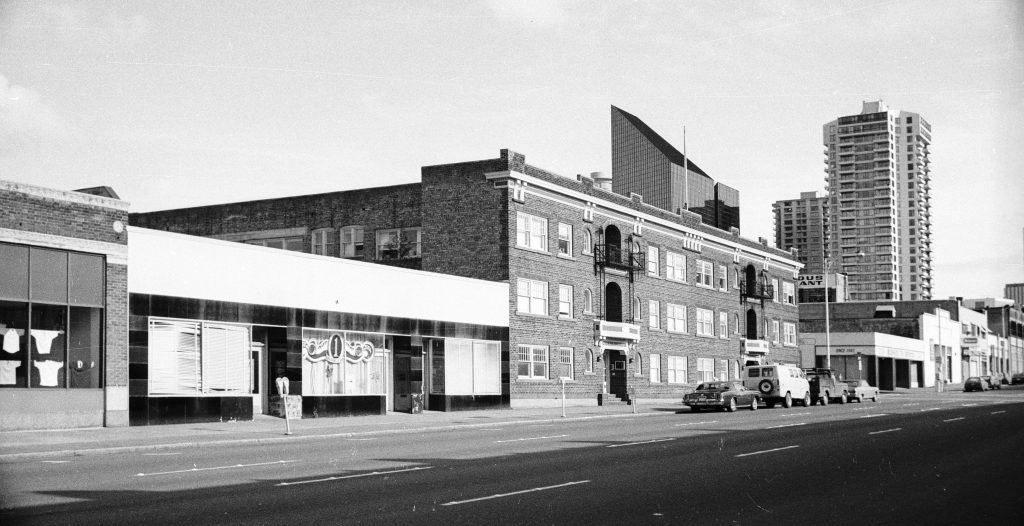 The shorter building to the left of the Lexington had been the office of One Reel Vaudeville Show, the organization producing the annual Bumbershoot festival on Labor Day weekend. Next door for years was SARCO, the Small Appliance Repair Company, and, on the corner at Wall Street, a real estate office, which is still thriving there.   Here’s what the old block looks like today, again with the new bike lane between the parked cars and the curb: 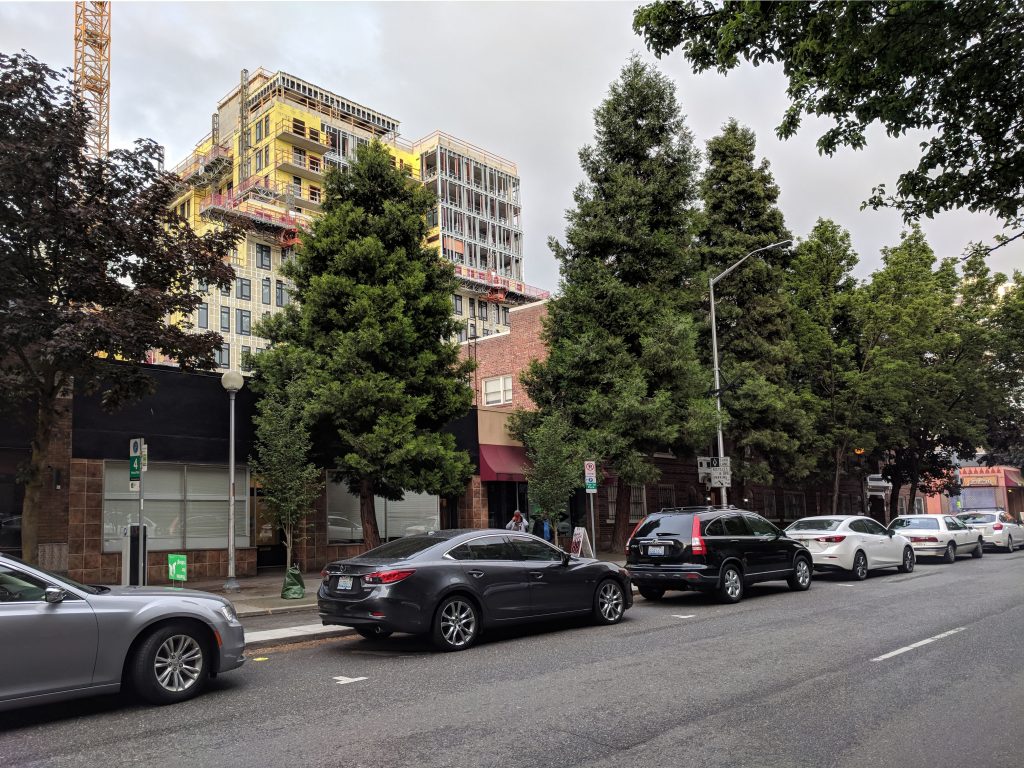 One obvious difference is the trees. The City began beautifying Second Avenue not long after I moved in. The first step was to install banners on the light poles, lauding the neighborhood. These quickly frayed and faded in the winter wind and were eventually removed.  Much later, a row of cedar trees appeared, but the contractor had planted the wrong variety. Those trees soon died and turned brown, but stood for years nonetheless, until replaced by the current successful evergreens.  The deciduous trees came later.

For more information about Second Avenue have a look at our earlier posts, Our bikes in Seattle and Speaking of Second Avenue.